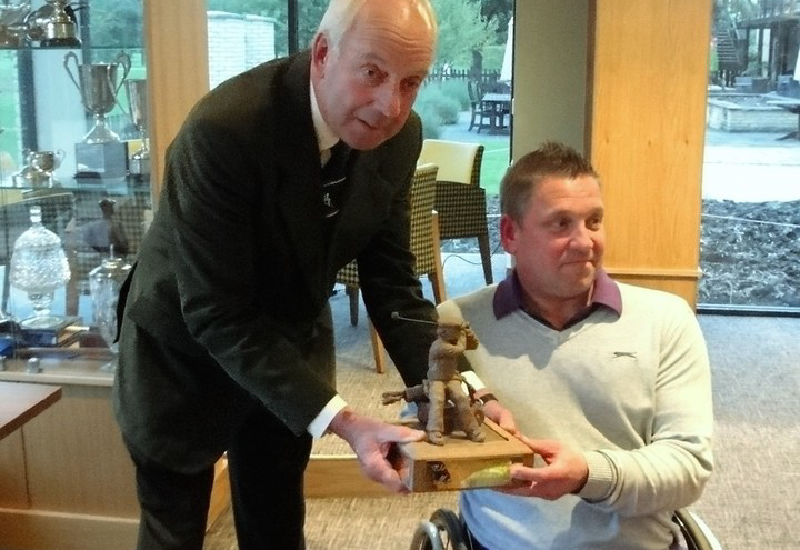 The 2015 Handigolf Masters was won by Phil Meadows from Cambridgeshire with 34 pts. Terry Kirby was second and Greg Jackson third. The event was played in calm autumn conditions at Bicester Golf Club in conjunction with the DGA.

The Chris Brown Trophy which is contested by other disabled golfers was won by local player Ian Moore.

The below photos show Phil and Ian receiving their trophies from Handigolf and DGA officers in the new 19th Hole Bar at the much improved Bicester venue.